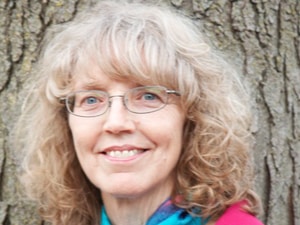 Twyla M. Hansen was Nebraska’s State Poet from 2013-2018, and is co-director of the Poetry from the Plains: A Nebraska Perspective website. Her newest book of poetry, Rock • Tree • Bird, won the 2018 WILLA Literary Award and Nebraska Book Award. She has six previous books, including Potato Soup, which won the 2012 Nebraska Book Award and was selected as a Notable Nebraska 150 book in 2017. Her writing is published in periodicals, anthologies, and online in Academy of American Poets, Poetry Foundation, Poetry Out Loud, Nebraska Poetry: A Sesquicentennial Anthology 1867-2017, Prairie Schooner, Midwest Quarterly, Organization & Environment, Encyclopedia of the Great Plains, and many more. Twyla was raised in northeast Nebraska on land her grandparents farmed in the late 1800s as immigrants from Denmark.