On July 30 and July 31, Chautauqua scholars Dr. Lenneal Henderson & Becky Stone and Eisenhower expert Jim Newton joined us for live online chats about Civil Rights and politics in the 1950s, answer your questions and respond to your thoughts. Watch the recorded videos now!

Dr. Henderson and Ms. Stone explored significant developments in the Civil Rights movement in the 1950s and how the different events are tied to issues of politics, faith, and mass media.  They also discussed the historical figures that Henderson and Stone portray in "The Fifties in Focus" Nebraska Chautauqua  — Thurgood Marshall and Rosa Parks, respectively — and how events in the 1950s influence our country’s current conversations about race.

"The Fifties in Focus" will be in Ashland during Summer 2021 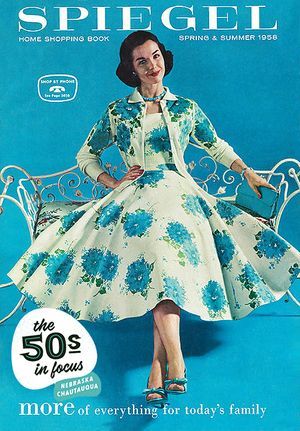 Remember the 1950s? It was a decade that is often looked at with a sense of nostalgia and romanticism. But the 50s was also a time of sweeping change that can now be revisited with a more objective eye. Television, hot rods and rock-and-roll changed the way we spent our our free time. However, it wasn’t all idylic.

Previously planned for late summer 2020, "The Fifties in Focus" will be hosted in Ashland during the summer of 2021.

“Because Ashland is an ideal host for Chautauqua, the committee and Humanities Nebraska decided together that it would be better to postpone the event to next year, rather than proceed in a time of uncertainty and potential concern of spreading the COVID-19 virus,” explained Chautauqua manager Kristi Hayek Carley.

Until then, HN and the Ashland community will present programming and activities that will allow for the exploration of the 1950s this summer while staying socially distant. See the list below. Other opportunities will be added soon.