WWI: Legacies of a Forgotten War

For the centennial remembrance of the end of the Great War, the communities of Wayne and Sidney have been selected to host the free, four-day Chautauqua festival, “World War I: Legacies of a Forgotten War.” Wayne will be the Chautauqua community June 7-10, 2018 and in Sidney will host June 14-17. 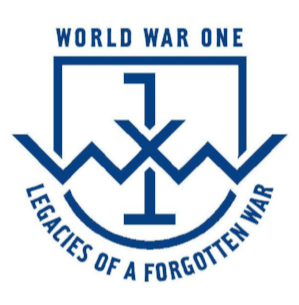 World War I: Legacies of a Forgotten War is a 3-year Chautauqua series (2016-2018) presented by HN throughout the state of Nebraska. The Nebraska Chautauqua offers opportunities for audiences to come together to develop a fuller understanding of the lasting influences of the Great War. Among the impacts addressed as a part of Chautauqua are the following:

As part of the Chautauqua residency, five scholars will explore and discuss with local communities the lasting impacts of the Great War and how those events affect Americans today. Chautauqua scholars will portray historical figures who experienced many of the tremendous impacts the Great War, both at home and abroad. Each evening, President Woodrow Wilson will moderate one of four presentations of the following historical figures: author Edith Wharton, activist W.E.B. Du Bois, politician William Jennings Bryan, and social reformer Jane Addams.
What is Chautauqua?

With origins in the late 19th century, Chautauqua combines oratory and lectures with literary readings and musical entertainment. In the past, these touring groups would entertain and inform people living on the plains about political and cultural happenings. The name itself comes from a resort community in New York State where in 1875, a summer program of lectures, sermons, and music attracted such enthusiastic audiences that within a few years similar programs sprang into existence for the public in other parts of the country. Today, Chautauqua upholds the tradition of offering entertainment, education, and community-based heritage. Attendees gather under the “big tent” and enjoy scholars-in-residence presenting first-person portrayals of some of our most important historical figures along with a variety of activities for all ages. 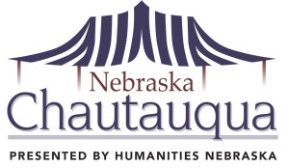 Daily workshops will give participants a chance to discuss the legacy of the Great War. Additional programs include a Youth Chautauqua Day Camp, and local history programs.

This Nebraska Chautauqua was sponsored in part by: