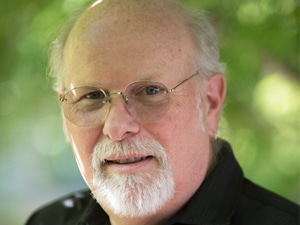 Tim Anderson, who grew up in Oakland, Neb., has taught visual literacy, news design, advanced editing, magazine editing and design, beginning reporting, depth reporting, NewsNetNebraska and a graduate seminar in media management. Currently he is focused on Nebraska Mosaic, a website that seeks to give voice to Lincoln’s growing refugee community.

Before returning to teach at University of Nebraska–Lincoln in 2005, Anderson worked for more than 30 years in newspapers in Nebraska, Missouri, Florida and New York. He got his start on his hometown weekly newspaper, the Oakland Independent, and also worked for the Albion News and the Seward County Independent, two other Nebraska weeklies. In addition, he worked for the Lincoln Journal and the Omaha World-Herald in Nebraska, the Kansas City (Mo.) Times, the Fort Myers (Fla.) News-Press and the Rochester (N.Y.) Democrat and Chronicle. He later spent nine years at New York Newsday, eventually becoming executive news editor, and another nine years at The New York Times, where he served as the news design editor.