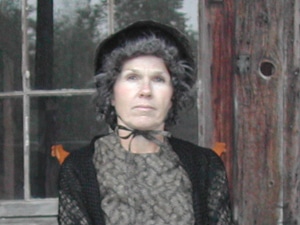 Sara Crook is a professor of Political Science and History at Peru State College. She has taught Nebraska History at the college since 1984. Dr. Crook served 6 years on the Nebraska State Historical Society’s Board of Directors, with 2 years as the President of that board. She also was on the Council for Humanities Nebraska for 7 years, including one year as the Chair. She currently is serving a 2nd term on the Nebraska Hall of Fame Commission. The latest committee commitments will take her to Nebraska’s 150th Statehood Anniversary, as she serves as Chair on the Nebraska Sesquicentennial Commission, on the Executive Committee for the Nebraska 150 Foundation, as well as the Sesquicentennial Committee at Peru State College which will also celebrate its status as Nebraska’s 1st college in the year of 2017.

Her love of Nebraska history and Nebraska politics goes back to her childhood. As a farm girl growing up in a country church and attending a one-room country school in the 1950s and 60s, she developed a deep appreciation for Nebraska, and its people, that continues to this day