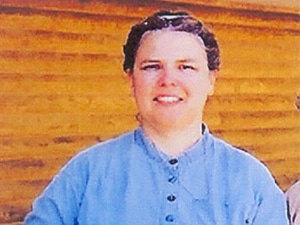 Renae Hunt is a native Nebraska farm girl. She graduated from Stromsburg High School and received a bachelor’s degree in education from Utah State University. She attended Gallaudet University for the Deaf in Washington, D.C., and is a qualified American Sign Language interpreter. She has been an active historical re-enactor and worked as a museum educator for several years. She traveled on the Mormon Trail in 1997, and followed the Lewis and Clark Trail as a graduate student in summer 2003. In 2002, she co-founded Traveling Historical Programs Inc., which presented hands-on living history programs and has done educational programs in a tri-state area. She has also been a visiting professor at several colleges and universities.