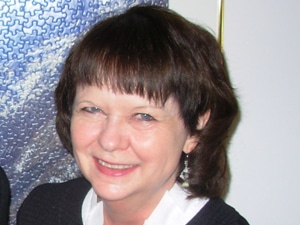 Lucy Adkins grew up in rural Nebraska, attended country schools, and received her degree from Auburn University and her MFA in Creative Writing is from the University of Nebraska at Omaha. Her poetry has been published in journals which include Rhino, Northeast, South Dakota Review, Concho River Review, and several anthologies. Her chapbook, One Life Shining: Addie Finch, Farmwife was published in 2007 by Pudding House Press. In addition, she co-authored Writing in Community: Say Goodbye to Writer’s Block and Transform Your Life which won a Silver “Ippy” in the Independent Publishers Book Awards.