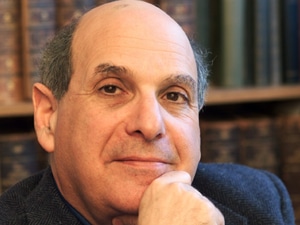 Leonard Greenspoon holds the Klutznick Chair in Jewish Civilization at Creighton University. He lectures on a variety of topics related to the Bible and to Bible translation, including Jewish translations, from the earliest to the most recent. In addition, Greenspoon is an authority on religion and popular culture, with an emphasis on the Bible in comic strips and elsewhere in newspapers and on the ancient world in modern media (including films, art, television and literature).