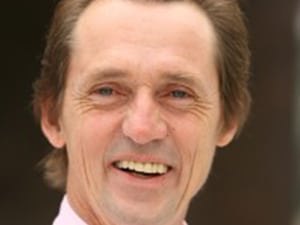 Joe Starita is the author of “I Am a Man: Chief Standing Bear’s Journey for Justice”, Nebraska’s reading choice for the 2012 One Book One Nebraska statewide reading program. He also authored, “Warrior of the People: How Susan La Flesche Overcame Racial and Gender Inequality to Become America’s First Indian Doctor.”

Before joining the University of Nebraska journalism faculty in 2000, Starita spent 13 years at the Miami Herald, where he served as the paper’s New York bureau chief from 1983-1987. Interested in American Indian history and culture since his youth, Starita returned to his native Nebraska in 1992 and began work on a three-year book project about five generations of an Indian family. “The Dull Knifes of Pine Ridge – A Lakota Odyssey” was published in 1995, has been translated into six foreign languages and was nominated for a Pulitzer Prize.