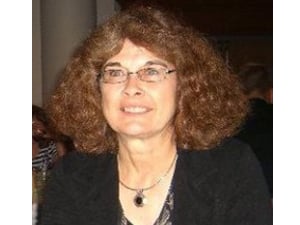 Native Nebraskan and descendant of Czech immigrants, Janet Jeffries has bachelor’s and master’s degrees in American history from the University of Nebraska-Lincoln. Her areas of study include Nebraska history and the state’s architectural history, Czechs in Nebraska, Czech costumes and folk art, genealogy, and other related topics. Jeffries directed a Czech studies Elderhostel program at Doane University for 18 years, owns a Czech costume collection that is exhibited periodically, and regularly leads tours to the Czech Republic. She also serves on the Czech Heritage Program Advisory Committee at UN-L. Jeffries is president of the Crete Heritage Society, and does exhibits and programming for that organization. She is the author of several articles on Crete and Doane University history, and wrote a pictorial history book Crete, released by Aracadia Publishing in their Images of America series. Jeffries, also a musician, performs a variety of music, including old time traditional and Czech, both solo and with The Kramer Sisters. Her professional career has been spent at the Nebraska State Historical Society, Doane University, and Berggren Architects.