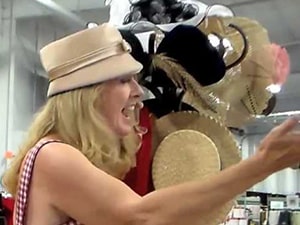 Helen studied piano starting age 4 with her grandmother who graduated from the UNL School of Music in 1918 with a Piano Pedagogy Degree. Helen is a classically trained vocalist who studied voice and piano in Germany, she was a 2 year member of The Young Nebraskans, a singing group out of Doane College that toured and performed overseas. She is a past member of the UNL School of Music – University Singers who traveled to NYC & performed on stage at Carnegie Hall, she performed with the Lincoln Light Opera, performed on stage in productions at the Lincoln Community Playhouse and performed in 2 separate years Solo Vocal Shows sponsored by the Nebraska Arts Council. Helen has been a piano, voice and guitar teacher. Waring Johnson graduated from UNL with BA in English with an emphasis on poetry writing and a Vocal Music Minor studying formal voice training, music composition and musical theatre. She was the sole editor of The Phantom issue of LAURUS, the UNL undergraduate creative writing magazine, published in 2003. Helen also had a solo vocal jazz performance with the UNL Jazz I Band.

For the past 5 years, Helen has been a professional performer in an entrepreneurial solo show called “Helen’s Musical Hats! Show”. With her variety of musical shows Helen Waring Johnson has entertained over 700 audiences in 120 towns and cities across Nebraska, Iowa and Florida. The Nebraska State Fair has hosted Helen with her Musical Hats to perform on Older Nebraskans Day at the Fair for the past 4 year