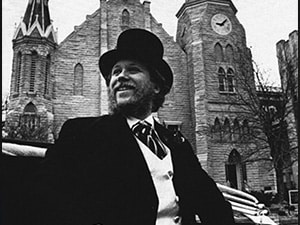 Brian Kokensparger was born and raised in Perry County, Ohio, which also was the childhood home of Edward and John A Creighton. He was raised on a Christmas tree farm, and was the first in his family tree (no pun intended) to attend a university and complete a college degree. He came to Creighton as a student in 1985, and began working full time here in 1988, taking on several staff roles in the Fine & Performing Arts department (as department administrative assistant and promotion coordinator), the College of Arts & Sciences Deans’ Office (as academic advisor, technology coordinator, and assessment coordinator), and the computer arrhythmia monitoring department (as systems programmer) on the hospital side.

He received his Bachelor of Arts degree from Creighton in English – Creative Writing, his Masters of Computer Science degree from Creighton, and more recently his Ph.D. in Education Studies (Instructional Technology) from the University of Nebraska at Lincoln. He has two daughters who are both off doing wonderful things in the world, and his wife and two cats to which to return home.