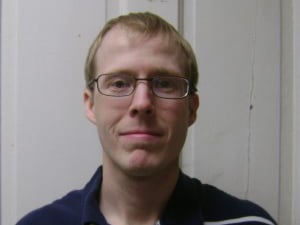 Bill Hayes grew up in the historic town of Brownville. He received his B.A. in History from Peru State College in 2005 and his M.A. in History from the University of Nebraska at Kearney. He was involved in with the Mayhew Cabin historic site from 2006 to 2020 and served as the Volunteer Director for many of those years. He performed research on the Underground Railroad in the region while involved with the Mayhew Cabin. He presented a paper at the 2010 National Underground Railroad Conference in Topeka and helped coordinate the 2011 Nebraska Network to Freedom Conference in Nebraska City. He is a past member of the Brownville Historical Society Board and the 1848 Venture Crew (Civil War reenacting group). In addition, he is the Coordinator of the Missouri River Basin Lewis & Clark Reenactors Corps in Nebraska City.