Governor’s Lecture in the Humanities

Free lecture tickets will be available from the Lied Center for Performing Arts this summer.

Tickets to the benefit dinner preceding the lecture will be available on this page in July. For information about various sponsorship levels and accompanying benefits, please send email to Heather Thomas, director of development. 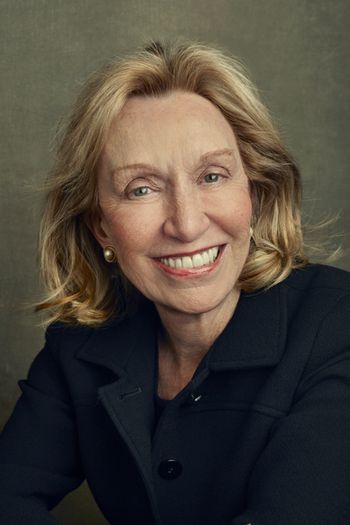 World-renowned presidential historian and Pulitzer Prize-winning author Doris Kearns Goodwin will deliver the 25th annual Governor’s Lecture in the Humanities on Tuesday, September 22, 2020 at the Lied Center for Performing Arts in Lincoln. The lecture will be presented by Humanities Nebraska (HN) and the E.N. Thompson Forum on World Issues and sponsored in part by the Duncan Family Trust.

Goodwin’s career as a presidential historian and author was inspired when as a 24-year-old graduate student at Harvard she was selected to join the White House Fellows, one of America’s most prestigious programs for leadership and public service. Goodwin worked withPresident Johnson in the White House and later assisted him in the writing of his memoirs.

She then wrote Lyndon Johnson and the American Dream, which became a national bestseller and achieved critical acclaim. Her next book, No Ordinary Time: Franklin and Eleanor Roosevelt: The Home Front in World War II, was honored with a Pulitzer Prize. She also authored multiple other books, such as The Fitzgeralds and the Kennedys, Lincoln Prize winner Team of Rivals: The Political Genius of Abraham Lincoln, and Leadership in Turbulent Times, each garnering critical acclaim and multiple awards.

Goodwin is seen frequently on major television stations, cable networks and shows including “Meet the Press” and “The Late Show with Stephen Colbert.” She has served as a consultant for various documentaries, including “Baseball” by Ken Burns and several about American presidents. She was awarded the Charles Frankel Prize, given by the National Endowment for the Humanities, the Sarah Josepha Hale Medal, the New England Book Award, as well as the Carl Sandburg Literary Award.

Co-chaired by HN board members Connie Duncan and Chris Zygielbaum, the benefit dinner prior to the free public lecture raises important funds for HN’s statewide programs. The Sower Award in the Humanities will be presented at the dinner. Invitations will be mailed this summer. For information regarding sponsorships, please contact Heather Thomas at Humanities Nebraska.

The E.N. Thompson Forum on World Issues is a collaboration of the Cooper Foundation, the University of Nebraska-Lincoln, and the Lied Center for Performing Arts. Humanities Nebraska is a non-profit organization that inspires and enriches personal and public life by delivering opportunities to engage thoughtfully with history and culture. Visit humanitiesnebraska.org to learn more.

Pre-Lecture Fundraising Reception, Dinner and Presentation of the Sower Award

9:30 pm11:00 pm
To be determined
Add To My Calendar
Humanities Nebraska programming is made possible by:
and generous individuals, foundations, and businesses across Nebraska.