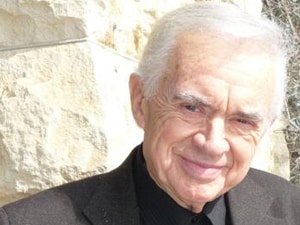 Ron Hull’s broadcasting career began in 1955, when he helped establish the eighth educational television station in the United States: KUON-TV at the University of Nebraska. For many years he was program manager of the Nebraska ETV Network and later was appointed station manager of KUON-TV and associate general manager of the Network. He served for 18 months as the television programming advisor to the government of South Vietnam in 1966-67, and during the 1980s was the program fund director at the Corporation for Public Broadcasting in Washington, D.C. From 1996-1999 he was an executive in the programming department of PBS in Washington and left that position in 1999 when he was awarded a Fulbright Scholarship and taught international broadcasting at Cheng Chi University in Taipei, Taiwan. He returned to NET and the University of Nebraska-Lincoln. He received the 2000 Sower Award in the Humanities.