Resources for Understanding the Racial Divide 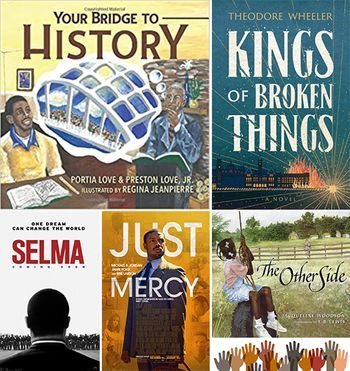 This is not a topic for one email, or one news cycle, or one in-person program (whenever we are able to meet in person). It needs to be an ongoing dialogue throughout our nation, state, and community. At Humanities Nebraska, we will do our part to see that this happens, according to our mission, vision and guiding principles.

If you wish to learn more, the books, films, and websites listed below contribute to this national dialogue by addressing racism and how we might better understand and overcome it. If you have other suggestions to add to the list, please let us know either by email or on our Facebook page.

Between the World and Me by Ta-Nehisi Coates

Economic Cataracts: A Chronicle of Efforts to Remove the Obstacles of Urban Community Engagement and Economic Inclusion by Preston Love, Jr

How To Be an Antiracist by Ibram X. Kendi

Racism Without Racists: Color-Blind Racism and the Persistence of Racial Inequality in America by Eduardo Bonilla-Silva

The Autobiography of Malcolm X with Alex Haley

White Fragility: Why It’s So Hard for White People to Talk about Racism by Robin DiAngelo

White Rage: The Unspoken Truth of Our Racial Divide by Carl Anderson

Why Are All the Black Kids Sitting Together in the Cafeteria and Other Conversations about Race by Beverly Daniel Tatum, PhD

Can I Touch Your Hair? Poems of Race, Mistakes and Building Friendship by Irene Latham and Charles Waters (Ages 8-12)

The Other Side by Jacqueline Woodson (Ages 5-8)

Something Happened in Our Town: A Child’s Story About Racial Injustice by Marianne Celano, Marietta Collins, and Ann Hazzard (Ages 4-8)

We’ve Got a Job: the 1963 Birmingham Children’s March by Cynthia Levinson (Ages 11+)

What’s the Difference? Being Different is Amazing by Doyin Richards, Feiwel & Friends (Ages 2-10)

Please bear in mind that feature filmmakers use "poetic license" when bringing these stories to the big screen, so not all information will be historically accurate.

Anti-Racism for Kids 101: Starting to Talk About Race

At the Rally, December 8 2014 a poem by Nebraska State Poet Matt Mason

The Death of George Floyd by Kevin Lindsey, CEO of Minnesota Humanities Center

Know Your History: Understanding Racism in the U.S.

Truth and Reconciliation: Addressing Systemic Racism in the U.S.